I’ve read some stories on the Sony hack today that are disturbing.

47000+ SSNs of current and former employees, including celebs like Sylvester Stallone, were breached.

That was the disturbing part. Now comes the mind-numbingly stupid part. Some of the data breached was passwords.

Not a few either.

FOR EVERYTHING FROM FACEBOOK ACCOUNTS TO LEXIS/NEXIS TO AMEX TO FIDELITY! 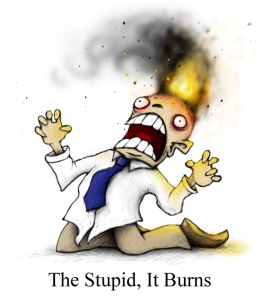 Sony, a word of advice – Fire your whole IT security department. Now. They are obviously grossly incompetent or they would have at least used something like KeePass to somewhat safely vault them. They have made life hell for thousands of current and former Sony staff, wrecked the security of all your data and systems, and destroyed your corporate reputation. It will take years to recover from this.